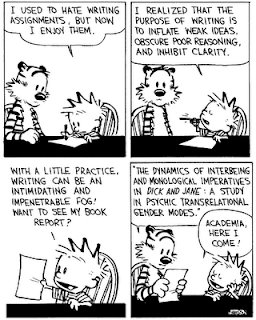 You know it when you read it: the genuine voice of the narrator, the characters whose dialogue pops off the page because it's so realistic, the prose that describes a summer day exactly the way you imagined it.

That's the authentic voice. That's the voice every writer strives to find when she starts a new story. When people talk about hearing their characters talking in their heads, they're listening for the voices that sound real to them.

You also know the inauthentic voice, the one that's trying too hard to sound cool and ends up desperate, the one that describes that summer day in the most pretentious $100 words, those characters who would never in a million years tell each other how they met in an actual conversation.

When you're an adult writing YA, you tread a fine line. Teens know when an adult is talking down to them, when prose and dialogue are dumbed down so they "get it." They also recognize the author who really doesn't know what teens sound like. Hint: not all teenagers swear every other word or use "like" all the time. They don't all talk about clothes and boys and sex. Lots and lots of them have cogent thoughts; lots and lots of them know what "cogent" means.

No matter what genre you're writing or how old your narrator is, it's tough to get the voice right. I am currently in the middle of a rewrite and I have changed the main character's voice dramatically. Where she used to sound very young adultish, now she sounds like an adult who is young. There is a big difference. The former made her appealing to a much younger group of readers; the latter gives her voice resonance that should appeal to a much broader group, teens and adults, I hope.

Since every book needs to be rewritten (although some not as massively as this one), I wasn't surprised to find I needed to take a closer look at my narrator's voice. Now I believe she's more authentic, more real to readers, and hopefully someone they will be able to relate to better.
Posted by Leigh Purtill at 8:06 AM