Idea(l) Pudding: A recipe for storytelling

Back in the olden days, writers might say their ideas were "percolating," referring to the old-fashioned method of making coffee, i.e. in a percolator. But that metaphor disappeared when Mister Coffee came to town. Then writers said their ideas were "brewing," but in this modern world of ours, many people don't even use a machine that brews their coffee. They use K-cups or pour-overs so they have no clue what that means either. 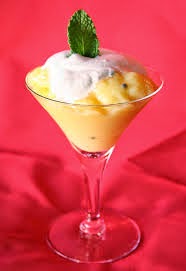 To me, ideas must develop in much the same way that pudding cooks on a stove. We writers all start with the same basic ingredients: pudding mix and milk. Yours could be butterscotch or chocolate (neither of which I like very much so we'll pretend they don't exist) and you could use skim milk or whole, soy or almond, whatever makes you happy. But we pretty much all do it the same way. We take the ingredients and put them in a saucepan, stir them up with a wooden spoon, and wait for it to cook.

You could walk away from the pan and trust that it will bubble up and cook on its own but you run the risk it will burn like the Dickens and you'll have wasted the batch.

You could stand there and stare at it instead, stirring constantly, worrying constantly that it won't cook right, wondering if it's done yet, and it will feel like forever.

Or, ideally, you keep the flame low, stir it occasionally when it's first cooking and continue doing what you're doing. 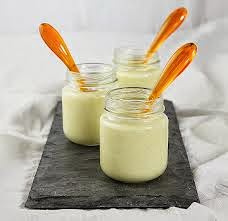 That's your idea pudding. You have a basic idea but it's not ready to eat yet, not ready to write yet. If you obsess over it, think and talk about it constantly, you can run out of excitement for it by the time it is ready.  Better to store that nugget in your brain, think about it occasionally, but let it lay dormant, waiting to bubble.

And after a while, it does start to bubble! A little blip here, a blip there, and the new writer thinks, "It's ready! My pudding is ready! I can't wait to eat it!" But it's not ready yet. It's barely begun. If you put that in a pudding cup, it will never set. It will remain runny and soupy. So yeah, go ahead and eat it, but it's not going to be very good.

Let it bubble some more...it's starting to get thicker so you stir it up.  It kind of looks like pudding and you could put it in bowls but it still won't be the best it can be. An impatient writer might start eating it then but it's not a boil yet, only a rumbling thickening burbling. 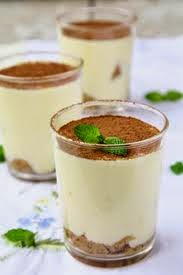 In a very short time, that pudding will be bubbling like mad, a mini-volcano in your saucepan, just screaming for your attention: "I'm ready now! Take me off the burner and put me in cups!"  Now you can shut the gas off and pour it into bowls.

And yet...it's still not ready for the page. Put those cups in the fridge and let them set until they're cool and not cold. In a little while, they'll get a luscious skin over them, chewy and full of intense flavor, and beneath will be a slightly warm, creamy pudding. Delicious.

The trick when you're making an idea pudding is trust. The initial germ of the idea is a good one and it will develop. You have to accept that it will take a bit of time to solidify into the best story that it can be. And when it's ready, it can't be anything other than pudding. When it's really ready to write, you won't be wondering if it's soup or dessert, if it's hot or cold. It will be what it is supposed to be. 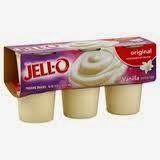 Posted by Leigh Purtill at 9:57 AM