How can it be February already?

This is insane. Are we really 10 days into February? How did this happen? I swear it was Christmas a few days ago and I was planning for the new year.

February, the shortest month of the year, used to be my favorite when I was in school. After all, it had 2 holidays - Lincoln's birthday and Washington's birthday, now grouped into one Presidents Day - sorry kids! That was one good thing from the olden days. 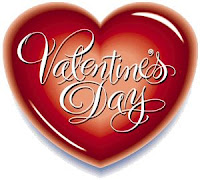 It also had Valentine's Day which was also lots of fun. We used to send carnations to each other - one class had the business as a way to raise money for activities - anonymously or not. They would be delivered to your homeroom in the morning. Red for love, of course, pink for affection and white for friends. You did NOT want to get too many white carnations for obvious reasons.

I had a boyfriend for 3 of my 4 years in high school so I did get a few red and pink ones but I remember distinctly sending an anonymous red one to a senior I had a crush on when I was a freshman. He played basketball and had a girlfriend which really makes me wonder why I bothered to spend the buck on the guy. But it was fun and anonymous and I think he assumed it was from his girlfriend who probably took the credit. As I recall, I think she got pregnant.

But now, February just means a short month in which to get a LOT of work done. It's also the month my husband has a birthday so for weeks I will be saying, "What do you want to do for your birthday? Do you want a party? Do you want to go out? What, what, what????"

Yep, February has changed a lot since I was a kid.
Posted by Leigh Purtill at 10:21 PM