Get your priorities straight, woman!

Ah, a twice-yearly blog. Perfect for the digital age. The last post I wrote here was about the end of the year musings, the looking-forward-to-2015 optimism. A take-stock of what's happened and get-excited about what's to come.

And, 6 months later, here we are. Much of my life for the last half-year has revolved around my zombie ballet, Sweet Sorrow. At the end of January, Nancy Evans Dance Theatre performed 2 short pieces from it and then at the end of May, they did the entire first act. I was thrilled! A ballet based on a novel that I wrote!  It was really exciting to see characters I'd written come alive (so to speak) on stage. The costumes and sets and music were amazing and the dancers were outstanding. They and Nancy were committed and intelligent collaborators on this project. The next step for it is a full-length ballet - 2 acts! Wow.

Now I just have to write it. 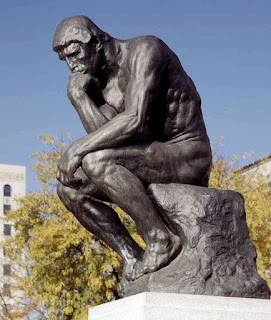 Lately it seems like I have the "now I just have to write it" blues. Currently I'm debating about 2 writing projects: rewriting one that is very messy and starting a brand new one that could be very awesome. (Aren't all unwritten projects potentially very awesome?)  Many writers I know would work on both. After all, rewriting and new writing are completely different activities in the brain.

But, you know, time. I just don't have time to write them both. And then there's the zombie ballet - while not technically a writing project, dance does need to be written, particularly dance theater which is story-based. NEDT is counting on me to develop the second act so we can collaborate on it.

I think prioritizing is hard, unless you're being paid to write. I dropped everything when I signed a contract to write a book last year; I dropped everything when I was asked to write a short story for a webzine. Paying gigs have priority. But what about the unpaid ones, the ones you write because you have to? The ones you hope you might get paid for? How do you choose?

Someone wrote an article recently about famous writers who had books that would never see the light of day (we all do, even those of us who are not that successful; they are called "trunk" books). In many cases, the writers put these troublesome stories aside and ended up writing the books that would make them famous. In hindsight, those were the perfect choices. But in the moment, how can you know? It's not as if the idea that will be "the one" has a big sign on it that tells you, "Write me!"

You have to go with your gut. You have to do an honest assessment of what is driving you, what will make you want to tackle the blank page day after day until it's done. It can't be a tiny spark; it must be a raging fire within you. Hopefully the ideas you are choosing among are very different. In my case, they are: one is a very dark and somewhat bleak story that requires some rewriting to make it a little more hopeful while the new idea is still thematically intense but with some more quirkiness and lightheartedness - and romance, which frankly, I do really enjoy writing for teens.

The questions I'm asking myself are:

What is my mental state now? Can I handle bleak?
What sort of research am I willing to do? Will I feel confident in making things up as I go?
Whose voice do I hear in my head: a girl or a boy? An addict or a slacker?
Do I truly know what the rewrite looks like? Or can I bang out a first draft of a quirky love story?

My gut is telling me one thing while my head is telling me another. Logic says do the rewrite but fire-in-the-belly says go with the new book. Hmmm...

Posted by Leigh Purtill at 9:24 AM