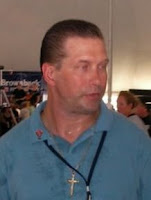 Aside from AG, there really isn’t much to write about in terms of the reality shows on television. I do have an odd fascination with Celebrity Apprentice and I can’t pinpoint exactly why that is. I occasionally enjoy the real Apprentice show but it often bugs me to the point of annoyance. I find most of the contestants cruel and rude and not particularly bright. Frankly, Ivanka Trump is the smartest person on that show, in my opinion. But I think, as many shows do, it encourages bad behavior among the contestants. They talk all over each other in the board room, they put each other down in front of and behind each other’s backs. They can be nasty and ruthless but without any brains behind their attacks.

But for some reason, the celebrity version attracts me. And I really do NOT like any of the celebrities. They’re all kind of C list lame. They’re not getting any money or a job out of this. They do earn cash for their favorite charities but seriously, it’s not big money that they’re giving away - not when you consider what NBC is making on the show.

Maybe it’s Stephen Baldwin. He was in Celebirty Mole years ago, if you remember that show, and he always vies for these reality shows. I gotta admit, he is one helluva go-getter. He’s energetic, bordering on manic, and he has to be in the middle of everything. He has to direct. He has to be in the meetings. He has to have his say. I can’t imagine what it must have been like growing up in the Baldwin family with all of those overachievers.

I know! Let's put Stephen Baldwin in the Gladiator ring! I'd tune in to that.

Your Hollywood connection,
Leigh
Posted by Leigh Purtill at 8:05 AM