Things I Wish People Would Ask Me But Don’t 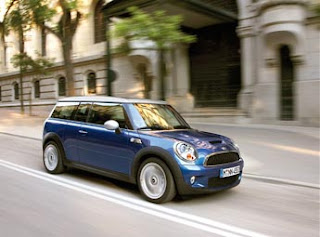 I wish people would ask me something like, oh, I don’t know, what kind of car I drive.

Okay, I’ll bite. What kind of car do you drive?
I have a Rav4, which I love to pieces. I got it used and it’s in amazing shape. It has 98K miles on it which is nothing for a Toyota. Driving it makes me feel like singing, “Oh what a feeling, Toyota!” which is a very old slogan from back in the 80s. Before that I drove a Corolla, also a fantastic car, and before that a Camry. I’m big on good gas mileage and not having to go to the mechanic all the time.

What kind of car do you wish you could drive?
I would love to drive a giant Cadillac with big fins and a trunk that fits four. It would be a convertible so I could drive with the wind in my hair and the sun on my face and I would wear one of those scarves around my head and big dark sunglasses that make me look like a movie star and I would cruise the Pacific Coast Highway and watch the surfers at Zuma.

And why can’t you drive that car?
Because I would suck the life out of the environment with a car like that. It would just eat up way too many of our resources and I would feel guilty every time I put the pedal to the metal. Plus it would cost me a week’s pay to fill the tank. PLUS it would never fit in my car hole. PLUS PLUS I wouldn’t be able to parallel park a monstrosity that size to save my life. And LA is all about parallel parking, unless you can afford valet. My second fave dream car is the Mini Cooper (shown above). If I sell a lot of books, maybe I'll buy that car.

What was your very first car?
The first car I ever drove on a regular basis was an old blue Volvo that my parents had. (For a while in the 80s they were big on Volvos. Very safety conscious. Plus they had gotten burned by a Dodge Aspen - total lemon - so they wanted to stick to foreign cars. Nowadays, my dad loves his Explorer so he’s gotten over the American car thing.) The blue Volvo was a great tank of a car with one very odd quirk: the heater would stop working on hills. I went to high school in Connecticut and this was kind of a problem in the winter. First of all, if my brother wanted a ride to school, he would have to go out early to start the car and put a brick on the gas pedal. This would get the heat going before we had to leave. Then on the way to pick up my friend Jane, who lived up a hill, we would freeze our buns off as the heat suddenly disappeared and the air in the car turned frigid. By the time we arrived at school, the heat would be back on but it was always too late. Our butts would be frozen by then.

What was the first car you ever owned?
When I was nineteen, I needed to own a sports car. A tiny little British convertible, preferably. So I bought a 1976 Triumph Spitfire, white with a black rag top and a wood-paneled dash. It was awesome! I loved driving it. Loved it! On the highways, it zipped around trucks and in and out of traffic and on the side roads, it hugged the curves like it was at Daytona. It was so small, my brother would sit in the passenger seat and hang his arm out the window and drag his fingers along the pavement. [Sigh.] I did mention I lived in Connecticut, yes? Which means a convertible is useful maybe 2 months out of the year. But not when you’re 19! I drove that thing in the winter, in storms, in snow, in ice. I did get stuck one time and had to be rescued but otherwise, it was a great car and I loved having it. I had to sell it when a mechanic cracked the exhaust manifold during routine maintenance. It was never the same.

Did you ever own a new car?
Just once. Shortly after college graduation, I bought the complete opposite of a sports car: a Jeep Cherokee with 4 wheel drive. It was the second most amazing car I ever owned. I even picked it up from the dealer in the middle of a snow storm. While I watched my dad’s Volvo fishtail with its rear wheel drive, my Jeep stayed steady on the road. I loved that car from the moment I test drove it. It had nothing of importance - no leather seats, no sun roof, no fancy gadgets or air bags. Just bare floors, air conditioning and a Blaupunkt stereo and Pioneer speakers. That’s all you need! I sold this car when I moved to LA - after a Brooklyn mechanic ruined the brakes during routine maintenance. Do you sense a pattern here?

So really, you didn’t want anyone to ask about YOU?
No, not really. I just felt like reminiscing about cars. Can I tell you the rest of the cars I’ve owned?

Sure, go ahead.
Peugeot, Mazda, Nissan, and another Volvo.

Well, that sure was interesting.
Yeah, it was, wasn’t it?

Maybe next time, you can talk about the different appliances you’ve bought.
I could…hey, did you just roll your eyes at me? You did, didn’t you?

Your Connecticut connection,
Leigh
Posted by Leigh Purtill at 5:40 AM