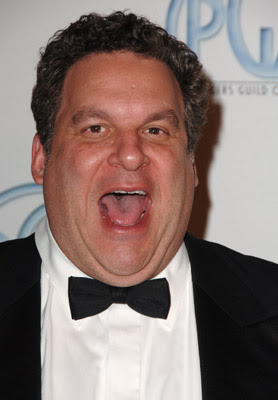 1. Jeff Garlin is my latest celeb sighting. At the Farmer's Market on 3rd & Fairfax, we saw him coming out of the market with an ice cream cone, looking very svelte, I must say. We are big fans of his from Larry David's "Curb Your Enthusiasm" (he played Larry's manager) plus he's been in lots of movies and other TV shows, usually as comic relief. Very funny actor. 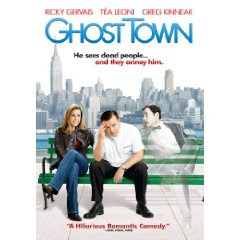 2. Two movies I thought I'd love were Ghost Town and Walk the Line. The first starred the inimitable Ricky Gervais from "The Office" and the second starred Joaquin Phoenix and Reese Witherspoon, both of whom I adore. And yet I was bored watching them. The first had a few laughs and I loved the idea of an anti-social dentist, but it felt like studio interference, like execut 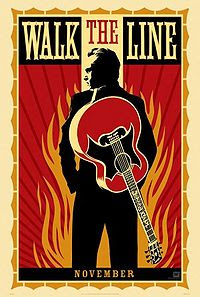 ives had come in and said, "Oh no, he has to be sympathetic by this page," which was totally wrong and ruined the edgy vibe it had. As for the Johnny Cash story, I appreciated that Reese and Joaquin sang their own songs and they did have a nice chemistry but men-cheating-on-their-wives-for-their-true-loves is so old and uninteresting to me. Two thumbs down.

3. I finished The Hunger Games by Suzanne Collins and really enjoyed it a lot. Great concept, although it reminded me a lot of Stephen King's "The Running Man" mixed with other stories like "Battle Royale." Still it was a page-turner and I was intrigued. But I am kicking myself for reading it now when the sequel won't be out for months! Argh!! Cliffhangers!!

4. This was a great birthday week. I have had birthdays where I've traveled (to Italy!), gotten big presents (pearls!), or had a blowout party with tons of guests. And I also had one celebrating my first book sale (pure awesome!). But this year felt really good, really comforting, like all the pieces were in the right places. No one went overboard on a gift. We didn't spend wildly on a party or a fancy dinner or tickets to Disneyland. In keeping with the economy, it was very subdued - which was exactly what I wanted. I even got cupcakes from the studio where I teach (thank you, Mariana!) and a handmade card from my teen class (thank you, Mackenzie and Chelsea and Christine and Sarah Jo!) and I got to watch episodes of "Mary Tyler Moore" when I came home from teaching. Best of all was realizing how many wonderful people I have in my life. You forget that sometimes during the day to day living.

And a BONUS: In the same week the California courts upheld Prop 8, much to our surprise and disgrace, my local high school, Fairfax High, crowned an openly gay teen as its prom "queen."