Close calls: Jobs I've Applied For in a Past Life

I wasn't always this cool YA novelist/ballet instructor. It took years to get to this place. Along the way, I've had job lulls, frustrations, and depressions. And many, many times, I've felt desperate for a change. You know the feeling: I HAVE TO GET OUT OF THIS PLACE! NOW!!

And whenever I felt that way, I looked for a new job. Here are a few I thought would be perfect matches for my particular qualifications:

1. Barbie Publishing marketing executive - why not? I knew marketing from the engineering firms I had worked for and this HAD to be similar, right? And I loved Barbie dolls as a kid, even though I knew they were aspirational and women didn't look like that in real life. I especially liked Barbie's shoes and coordinating purses. Plus I always wanted a giant Barbie head that I could make up and whose hair I could style. If I worked for the company, they would probably give me one!

2. Stockbroker - yet another ideal match for me! Forget the fact that I was miserable in math class, had never taken statistics, and could care less about making money for other people. It was good pay and in a big (well, bigger) city and all the offices had glass walls. How cool was that? Actually, I was in a post-grad haze when I believed my awesome grades and Phi Beta Kappa key would get me anywhere I wanted to be. How glad am I that I didn't get to a second interview for this job?

3. Arthur Murray dance instructor - I could dance. I could teach. I was personable. But there was one thing I was missing: a certain piece of anatomy that people of my gender did not possess. Why? Women come to Arthur Murray to learn to dance. They don't want to partner with a woman. They want to partner with a man. Therefore, men were the preferred instructors. I suppose this might be different now, when more people of both sexes are coming to ballroom classes to learn, or they're coming in with partners, but back when I was young enough to think I could do anything, it was just single women. 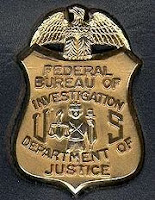 4. FBI agent - oh yeah. Me. Working for the feds. Ha! I got as far as a phone interview which was cut short when I admitted to, ahem, drug experimentation (c'mon, it's not like I was a meth addict). When I objected to the rejection because I believed my knowledge of this aspect of American culture could actually help me, I thought the interviewing agent's laugh was going to kick me into next week. Oh well. Seemed like a logical argument to me and weren't Fibbies supposed to be logical?
Posted by Leigh Purtill at 9:23 AM